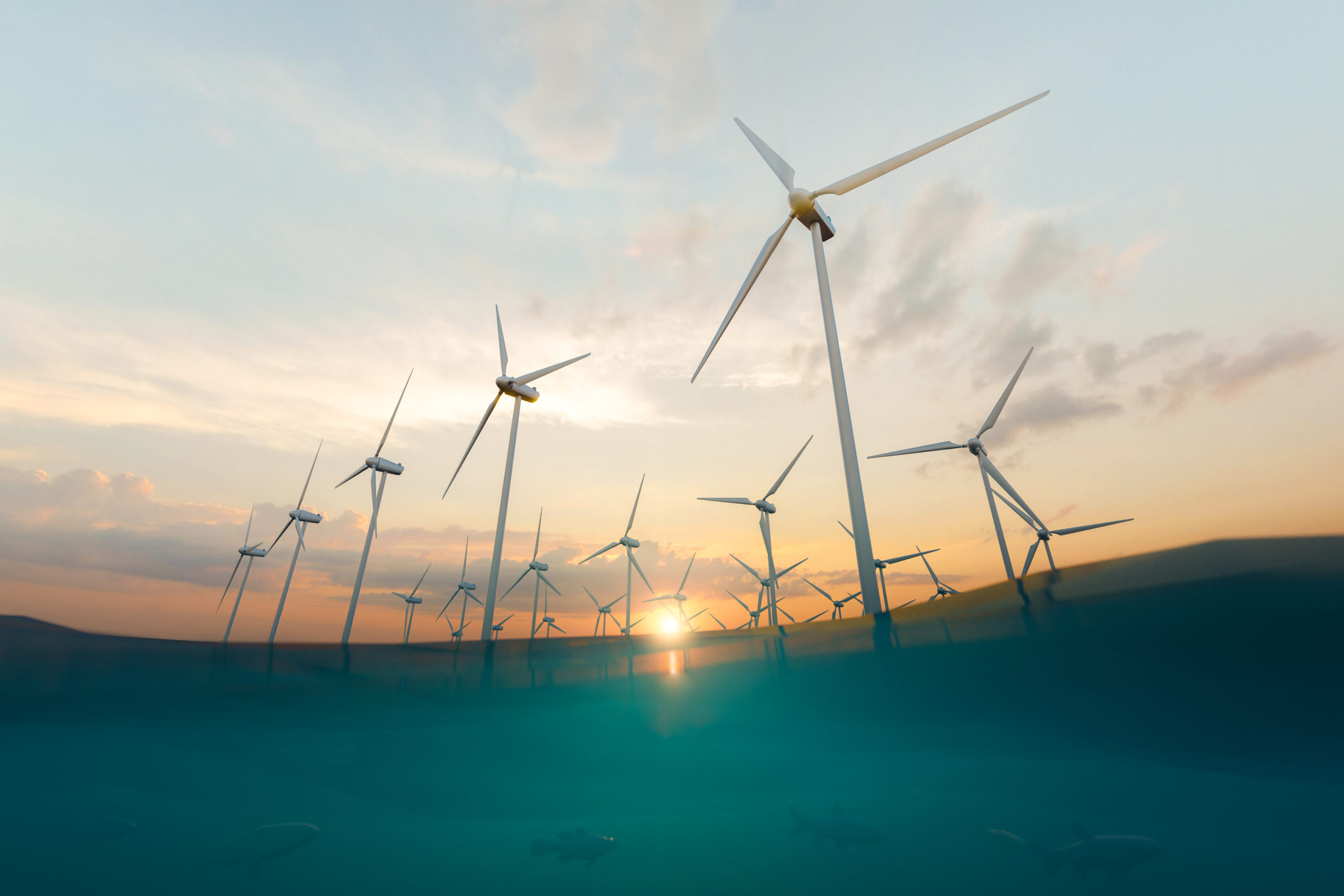 Through Ordinances GM/MME No. 685 and 686, published on September 9, 2022, the Ministry of Mines and Energy (MME) launched the opening of Public Consultation No. 134/2022 and 135/2022, in order to discuss (i) a draft proposal of Normative Ordinance which regulates the offshore power generation activities in Brazil; and (ii) a draft proposal of Normative Ordinance which creates the Unified Portal for Management of the Use of Offshore Areas for Power Generation (“Unified Portal”). The period for contributions ends in 30 days (October 11th, 2022).

Complementing the provisions of Decree No. 10,946/2022 (“Decree”), these proposals may become an important landmark for new opportunities in the Brazilian power generation market industry. In conjunction, these regulatory frameworks will enable offshore wind energy research and generation projects in the physical spaces of the Union’s inland waters, territorial sea, exclusive economic zone, and continental shelf of Brazil, referred to in the Decree as “prisms”.

The regulation proposal provided by the Ordinance No. 685/2022 delegates to the National Electricity Regulatory Agency (“ANEEL”) the jurisdiction to perform all the administrative acts and to sign the onerous assignment contract for the use of the maritime spaces.

Additionally, in complement to the Decree, the regulation proposal provides that ANEEL shall create the Unified Portal through which interested parties will submit their requests and the documentation required to the institutions responsible for issuing the Prior Interference Declaration (“DIP”).

The aforementioned portal is the object of Ordinance No. 686/2022, which submits a regulation proposal for the creation and management of the Unified Portal by ANEEL.

The Contract for the Assignment of Use

The regulation proposal Ordinance No 685/2022 draft establishes that the contract for the assignment of use must be provided by the tender notice and will serve as an instrument for the interested party to be able to apply for licenses and authorizations from public entities, aiming at the implementation of offshore power generation projects.

The draft provides that a grace period of at most 4 years will be granted for the beginning of the payment to the Federal Government, and the tender notice must indicate the stages of the project for the granting of such grace period, limited to the beginning of the commissioning of the enterprise.  Regarding the term of the contract, for both the regimes of independent production of energy and self-production, prior to the issuance of ANEEL’s authorization, the term foreseen is 10 years. Once such authorization is issued, the term will be extended automatically.

Administrative penalties will be applied without the right to indemnity and without prejudice to the execution of guarantees provided by the assignee, in the following hypotheses: (i) non-compliance with the terms of the assignment of use contract; (ii) use of the prism other than what the interested party has been authorized; (iii) studies of the offshore energy potential are not carried out or the project is not implemented within the timeframe stipulated in the assignment of use contract; and (iv) extinction of the grant for exploitation of the electric power generation.

Planned Assignment of Use

The prisms offered in the planned assignment procedure will be identified and evaluated by the Brazilian Energy Research Company (“EPE”), at its own initiative or upon request of the MME, observing the requirements established in the Ordinance, such as, among others, the availability of the area, the competitiveness of the energy potential related to other energy sources, and the existence of an adequate port structure to serve the project.

EPE may also hold a public call to identify interested parties in investing in the conduction of studies for the identification of prisms. Such studies will compose the EPE’s technical material and may be used as a subsidy by the MME in other stages of the planned procedure.

The regulation proposal provided by Ordinance No. 685/2022  delegates to EPE the competence to request the issuance of the DIP from each government agency as of the prisms offered in the planned assignment procedure. According to the result of the DIPs and the opinions of EPE and ANEEL, the MME will proceed with the definition of the prisms to be offered in the auction.

The request for the assignment of use of selected prisms by the interested agents must observe the requirements established in the regulation proposal, such as, e.g. the purpose of the assignment of use, the estimation of energy potential, planning of transmission grid infrastructure appropriate to meet the drainage of energy potential, and the minimum technical requirements for offshore power generation, based on available commercial technologies.

ANEEL’s positive opinion will only be granted if the conditions precedent established in the Ordinance are fulfilled, namely (i) verification of overlap between the requested area and prisms that have already been assigned or are in the process of assignment; and (ii) verification if the area has already been demanded or earmarked for another development, such as the planned assignment. Once ANEEL’s opinion is granted, the interested party must request the DIP through ANEEL’s aforementioned portal.

The DIP request must be accompanied by the following information:

it is worth mentioning that, in addition to the information listed above, further requirements may be included, since, according to the proposed regulation each governmental body will be responsible for issuing its own guidelines for the issuance of the DIP, taking as reference the template attached to the Ordinance. The period for issuing the DIP for each government entity will be of at least 30 and at most 45 days, starting only if all the requirements of the Ordinance are fulfilled.

The period for issuing the DIP for each government entity will be of at least 30 and at most 45 days, starting only if all the requirements of the Ordinance are fulfilled.

The governmental bodies must evaluate the issuance of the DIP considering the multiple uses of the prism or the possibility of coexistence of more than one activity. The evaluation of areas that coincide with the blocks in the permanent offer will be assessed by the National Agency of Petroleum, Natural Gas and Biofuels, being forbidden the use of areas that are under contract for exploration and production of oil and natural gas, areas awarded in auctions whose contracts have not been signed yet and areas belonging to the pre-salt.

In case the DIP points out interference in the use of the physical space, the issuing governmental body may foresee a procedure for prism rectification and readjustment, which must be requested by the interested party within 30 days as from the issuance of the DIP.

The regulation proposal provided by Ordinance No. 685/2022 establishes that the prisms that fulfill the following requirements will be eligible for inclusion in auction procedures: (i) availability of the area with respect to overlapping and the use of the area for another project; and (ii) issuance of a DIP with a positive opinion to the implementation of the project, from all entities listed in clause 10 of the Decree.

Once the request for use of the prisms through independent assignment is received, the MME will analyze the possibility of including these areas in the periodic assignment of use auction following the aspects defined in the Ordinance.

The schedules and guidelines for conducting the auction for the assignment of independent and planned use will be defined in MME specific ordinances. ANEEL will establish the qualification criteria for the interested party, including the technical, operational, economic-financial, and legal credentials for the elaboration of the study of the energy potential and the implementation, operation and decommissioning of the project.

The interested parties must submit the offshore energy potential studies to EPE, according to the regulation proposal requirements and to EPE’s instructions. EPE will be responsible for analyzing, issuing and forwarding to ANEEL its opinions on the studies of energy potential as provided for in the Decree.

The approval of the offshore energy potential studies by ANEEL will consider the opinion issued by EPE. The studies must be prepared in compliance with the aspects described in the Ordinance draft.

The assignment of use contract must contain a mandatory clause for the performance of such studies, including the deadline for its conclusion limited to 4 years, minimum content addressed, the mechanism to obtain the data to subsidize the studies and the form of submission of the results.

ANEEL’s grant of authorization for the project will only be issued upon the agency’s approval of the offshore energy potential studies.

We highlight that the regulation proposal provided by Ordinance No. 685/2022 does not regulate the research and technological development activities related to the generation of offshore electric power, whose assignment of use will be free of charge and will have its own regulation.

Provisions regarding decommissioning, extension of useful life or empowerment will be established in specific regulations. The EPE will also issue instructions for the execution of energy potential studies. Additionally, the calculation methodology and the Federal Government’s participation will also be subject to future regulation, which should be issued by the MME until July 30, 2023.

The regulatory framework proposed follows the guidelines of the National Energy Planning for 2050, prepared by the EPE, which highlights the offshore wind energy source as one of the most promising energy generations in expansion in Brazil for the following years.

Our team is available for further information on offshore wind regulation in Brazil.