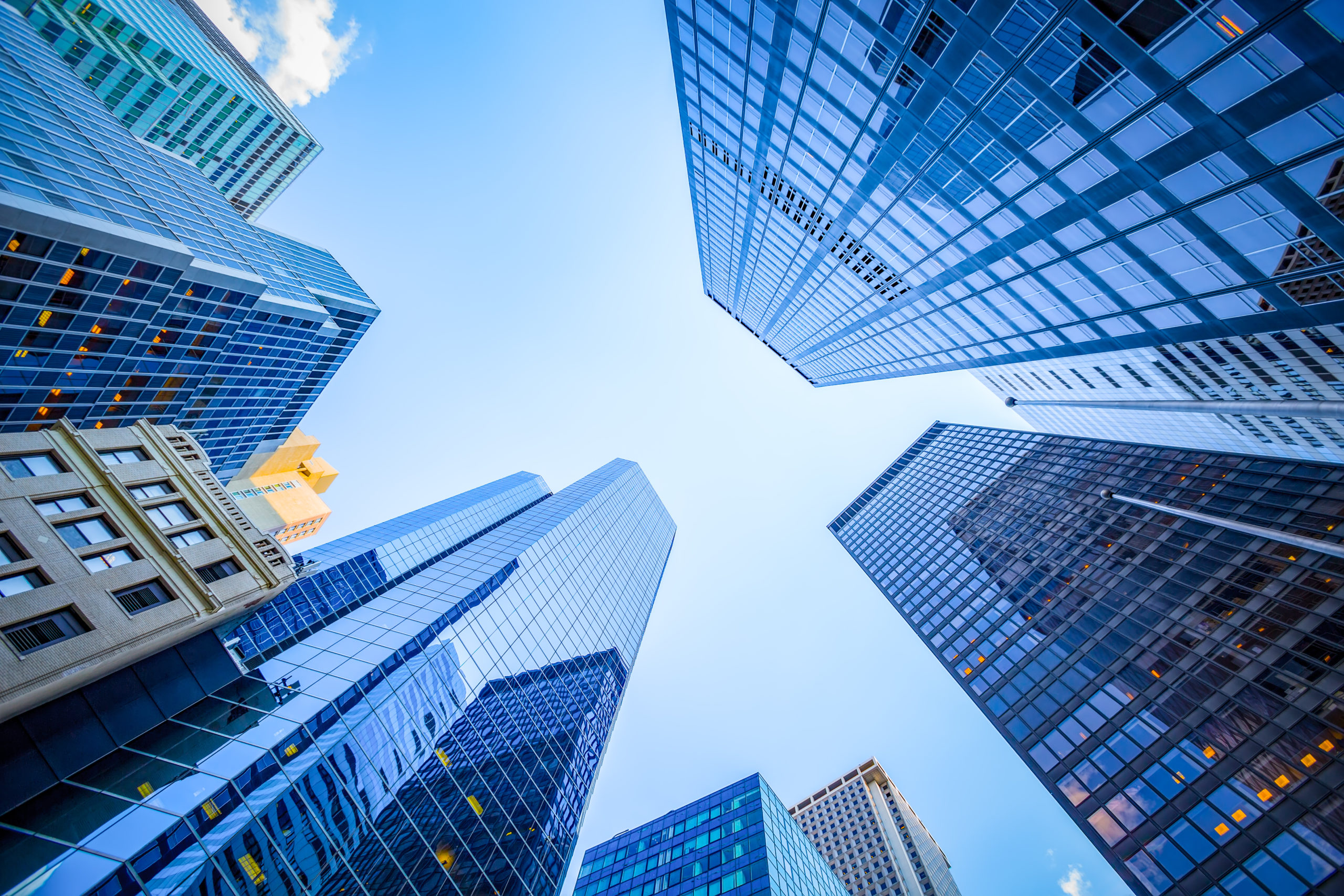 Newsletter Real Estate | The Chamber of Deputies Approved the Main Text of the Provisional Measure No. 915/19 1 maio 2020

Newsletter Real Estate | The Chamber of Deputies Approved the Main Text of the Provisional Measure No. 915/19

On 04/29/2020 it was approved the main text of the Provisional Measure No. 915/19, which improves the management and transfer procedures of the Federal Government’s properties.

With the intention of accelerating and reducing bureaucracy in the process of alienation of the Federal Government real estate, and accordingly, reducing expenses and avoiding disrespecting the constitutional principle of the social function of property, the president of the republic enacted, at the end of 2019, the Provisional Measure No. 915, which had its main text approved by the Chamber of Deputies on April 29, 2020.

It should be noted that 12 ‘highlights’ have been presented in the Chamber of Deputies, that is, requests for certain sections or amendments to the text to be voted separately, what should occur next week. In addition, the bill shall still pass through the Federal Senate, where it may undergo further changes.

We will deal briefly with the most relevant changes regarding real estate law.

Among all the laws amended by the rule in question, Law 9.636-98 was the most impacted, as expected, since it deals more directly with the alienation, management and ‘aforamento’ of real estate owned by the Federal Government. Let us see, therefore, the most relevant amendments implemented in Law No. 9.363/98.

In view of the modification of § 8 of article 11-B, the provision in question introduced a limit to the updating of amounts due by the holder of the equitable ownership of property subject to the emphyteusis regime.

Therefore, debts related to the “foro” and the occupancy rate − annual charges for the use of the property − in addition to other extraordinary revenues, cannot exceed five times the variation of the Broad National Consumer Price Index (IPCA), including for the hypotheses of registry inconsistencies.

b) Valuation without the need of bidding

The amendment to the caput of article 11-C makes it possible to contract without bidding, in addition to Caixa Econômica Federal (the Federal Savings Bank) – already previously permitted − public companies, agencies or entities of the direct or indirect public administration of the Federal Government, the Federal District, the States or the Municipalities which main activity is urban or real estate development.

Furthermore, according the new §7 of article 11-C, specialized companies, which were already authorized – through bidding – to carry out the valuation in question, from now on will need to have their appraisal reports homologated by the Coordination and Governance of the Patrimony of the Federal Government Secretariat or by the agency or public entity managing the real estate.

c) Table of values for valuation:

By article 11-C, § 4º, recently added, the sale of urban properties of up to 250 m2 and rural properties of up to the limit of the fiscal module, defined by Incra, may be carried out for the amount conferred by a table of values provided by the Coordination and Governance of the Patrimony of the Federal Government Office.

The referred table presents a calculation formula that allows defining the venal values of all urban properties in a municipality through the individual assessment of each property. Under the terms of § 5º of the provision under review, it must be guided by statistical methods of market research and levels of precision compatible with the risk.

Under the terms of article 16-I, another amount that shall be measured by the aforementioned table of amounts is the forum remission. The procedure in question will also dispense with the issue of a decree by the Coordination and Governance of the Patrimony of the Federal Government Office authorizing the remission. For all this, it is necessary that the property has a remission value within the limit to be established by an act of the Minister of State for the Economy.

Clarifying, “foro” remission is the act by which the emphyteutic owner purchases the “direct title” of the property, so that it will no longer need to pay “foro” and laudemium, in case of transfer of the equitable ownership.

Any interested party may submit proposals for the acquisition of Federal Government real estate that are not registered in the emphyteusis or occupation regime. This is what determines the article 23-A, which also establishes, in its §2º, that the Coordination and Governance of the Patrimony of the Federal Government Office will analyze the proposal according to convenience and the opportunity.

According to article 23-A, § 3º, in the event of a favorable manifestation by the Coordination and Governance of the Patrimony of the Federal Government Office regarding the convenience and the opportunity to transfer the property and, if there is no valuation of the property within the validity period, the interested party must provide it, as its expense, by a qualified appraiser or specialized company.

f) Right of first refusal of those who paid the evaluation costs:

By the § 6º of article 24, the individual who has paid for the evaluation has preference in the right to acquire the property on equal terms with the winner of the bidding, as long as any in rem or personal right assignees, lessees are up to date with obligations with the Patrimony Secretariat of Brazil (“SPU”) and regulars occupants do not exercise the aforementioned right.

This prevision has been criticized from a constitutional point of view and for contradicting the directives of Law No. 8.666-93, as far as it would, as per this understanding, violate the principle of isonomy by granting differentiated treatment to an individual, which is only acceptable if it is for the achievement of the public interest and other values equally constitutional, which would are not identified in such case, due to the simple fact of having paid for the property valuation.

Article 24, § 8º will allow that alienation and bidding procedures of the Federal Government’s properties may take place through information technology resources, using its own systems or made available by third parties, by agreement or contract. This will, therefore, make electronic bidding and auctioning possible.

h) 25% discount in the event of failed auction:

In the event of deserted or failed concurrence or auction, under the terms of the new § 1º of article 24-A, the Coordination and Governance of the Patrimony of the Federal Government Office may hold the second public bidding or auction with a 25% discount on the current assessment value.

In the event, on the other hand, of a deserted or failed public auction or concurrence for two consecutive times, the properties will automatically be made available for direct sale, necessarily with a 25% discount on the appraised value.

The mandatory character given by the legislator about the discount, as well as the amount of 25% (and not up to 25%), has been already criticized, considering that it inhibits the Federal Government from achieving the best result in alienation, which is the public interest.

i) Possibility of alienation by separate pieces:

With the inclusion of article 24-B, it will be possible to sell public properties by separate parts or pieces of lands. To that end, according to the new text, a technical opinion shall be written indicating that the real  estate will enjoy greater valuation, liquidity, other situations arising from normal market practices or in which more advantageous conditions are observed for public administration, duly substantiated.

The compensation of the services mentioned above may be fixed, either by percentage of the completed operation, or by a combination of both modalities, and any expenses incurred with subcontracted third parties necessary for the operation will be refunded.

According to article 24-D, Coordination and Governance of the Patrimony of the Federal Government Secretariat may contract the BNDES, without the need of bidding, with the purpose of carrying out studies and executing the privatization plan for the Federal Government’s real estate assets.

The bank shall have, under the terms of § 4º of article 24-D, either a fixed or variable remuneration, or even a combination of both, up to 3% of the revenue resulting from each privatization plan. In addition to that, any occasional expenses incurred with subcontracted third parties necessary for the execution of the plans will be reimbursed.

After the addition of article 4-A in the referred law, the credit enrolled in the Federal Government’s outstanding debt may, in certain circumstances, be extinguished through dation in payment of real estate with historical, cultural, artistic, tourist or landscape value.

To that, it is necessary that a state of public calamity is recognized by an act of the Federal Executive Branch at the time of the dation in payment, as well as the fulfillment of the following requirements: (i) the property must be located in the areas described in the natural or technological disaster information, and (ii) the business activities of the legitimate debtor, owner of the real estate, must take place in the affected areas of the disaster.

In the event of a technological disaster, once the dation in payment for the extinguishment of tax debts takes place, the Federal Government will subrogate itself in the inherent rights of indemnity due by the agent that caused the damage itself and, in the event of default, shall promote the enrollment of the calculated values in its own administrative procedure.

Properties that are difficult to alienate, are useless or that do not meet the criteria of necessity, utility and convenience shall not be accepted.

It is important to point out that, more than the fact that properties will cease to be incorporated into the assets of the Federal Government, the financial resources obtained in the management of the SCGPU which derive from the alienation or onerous use of these properties will be transferred to the FRGPS.

It will also be the responsibility of the SCGPU to identify properties that have no economic use or do not have an immediate potential for alienation or for costly use in order to allocate them in social purposes, such as housing and land regularization programs.

(iv) Management contract for the occupation of public properties by the Public Administration:

Article 7 of the main text of the provisional measure 915/19 established the possibility for the Public Administration to conclude a management contract for the occupation of public properties, which consists in providing management and maintenance services for the property, including the provision of equipment, materials and other services necessaries for the use of the property by the public administration either by scope or in a continued form.

The contract may include the execution of works in order to adapt the property and can have a term of up to 20 years when containing initial investments relevant to the execution of works and supplies of assets. In this case, the assets made available will be owned by the party responsible for the management.

(v) Navy land demarcation and registration update before the SPU:

One of the amendments accepted by the National Congress instituted the process of demarcating navy land, in addition to the registration update before the SPU.

Thus, the inclusion of Article 6 aims, on the one hand, to promote fair treatment for holders of island land. From another perspective, it aims to reduce the countless lawsuits that were brought against the Federal Government, whom has invariably been defeated in the Judiciary. Therefore, litigation is reduced to simple requests for regularization of the real estate registry.

Considering the many properties owned by the Federal Government that inflate its expenses without any public benefit, the current government aims to privatize its assets, providing an opportunity to individuals to confer better use to properties that lacked a proper purpose, which led the Privatization Secretary to call the Brazilian State “the largest real estate company in the world”.

It is necessary to wait whether several provisions in this law, which are already subject of questioning by the doctrine, as mentioned above, will be declared unconstitutional by the Judiciary, as well as to evaluate how the market will react to these new modalities of acquisition and management of public assets, which will certainly confer new business opportunities.