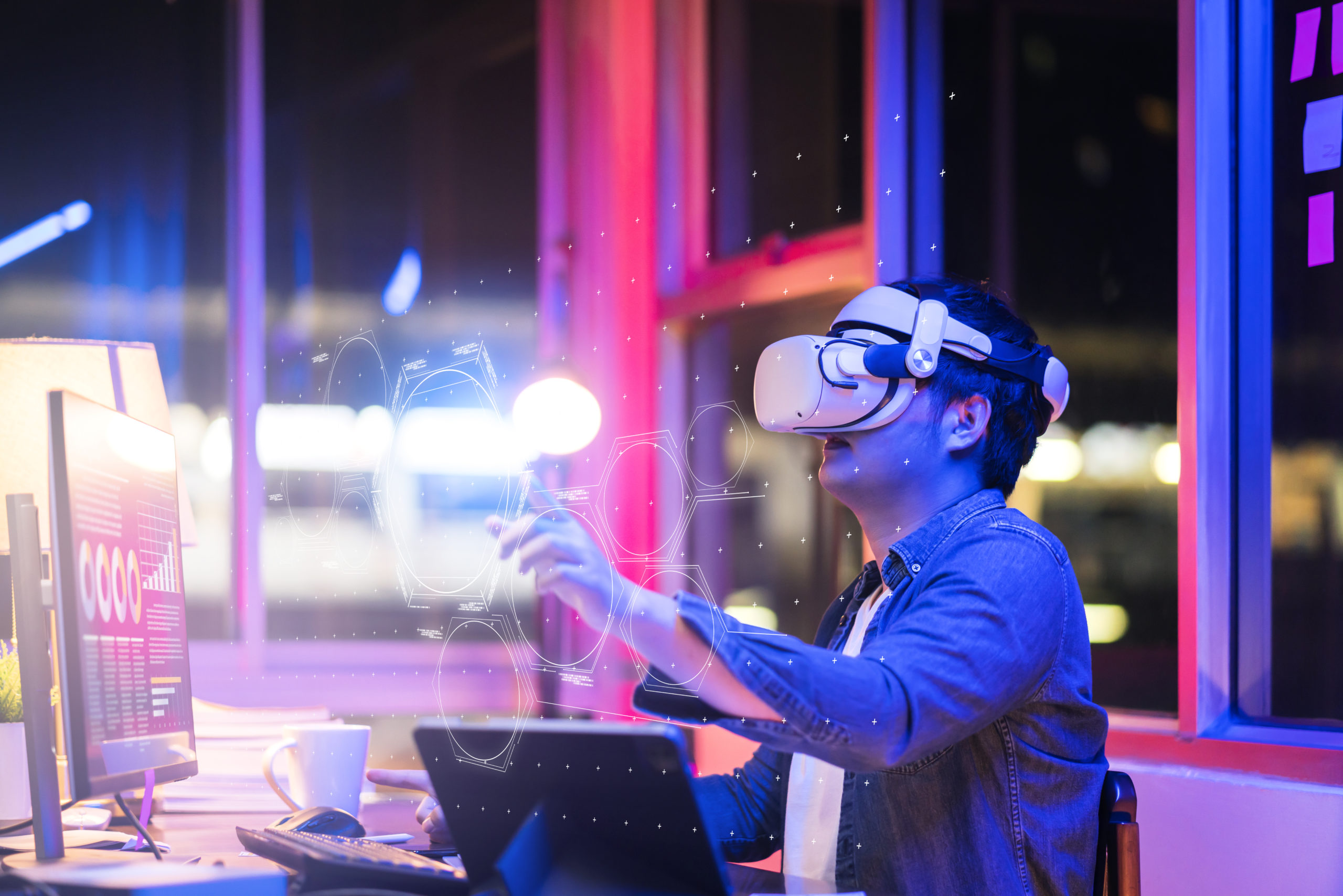 When Mark Zuckerberg announced in October 2021 the rebranding of former Facebook conglomerate to Meta, the metaverse became an instant hit. Different industries like medicine, education, luxury goods, online games and even real estate soon caught the attention of startups and big techs looking for new business opportunities in what promises to be an investment boom.

But what is the metaverse and will it be in fact the next chapter of the internet, as Zuckerberg described in its Founder’s Letter of 2021?

Despite having peaked in popularity in the past months, the term metaverse has been around as early as the beginning of the 90’s. Since then, many have tried to define it: a virtual reality world, a cyberspace or, more recently, an embodied internet. The concept behind all definitions is essentially the same: a place of immersive experience, where people would be able to interact with others – family, friends, colleagues – as if they were physically together, whether it is for working, studying or socializing. TV, computer and mobile screens would no longer be needed, as new technology would allow users to enter into the metaverse and be part of the virtual world instead of just observers of it.

The range of opportunities that this merger of the physical and virtual worlds will bring is considerably wide – in Zuckerberg’s words, the result would be “a massively larger creative economy”. Bloomberg Intelligence pointed out that the metaverse is the next big technology platform with a global revenue opportunity potentially approaching $800 billion in 2024.

Apart from the large investments already being made in headsets, eyeglasses and other devices to enable the users’ experience in the metaverse, living in the virtual reality will give rise to a digital economy where all sorts of services and goods can be commercialized by companies and consumed by users. After all, even in the virtual reality our digital avatars will need different outfits for each occasion and our digital homes will have to be furnished and decorated according to each individual’s tastes and needs.

Some of these initiatives are already taking shape. Nvidia, one of the leading manufacturers of high-end graphics processing units, announced last year the NVIDIA Omniverse, a collaborative simulation platform where professionals can work together in the construction of different metaverses. Under the slogan “here can be anywhere”, Microsoft launched the Microsoft Mesh, a platform for digital meetings that enables presence and shared experiences through mixed reality applications.

Focusing on the clothing and footwear industry, Nike has created the virtual world Nikeland in partnership with Roblox, where it will be possible for users to dress up their avatars in Nike-branded sneakers and apparel. On the luxury side, Gucci, Burberry, Dolce & Gabbana and Balenciaga have launched NFTs (non-fungible tokens) representing unique virtual gear for your digital self.

For venture capitalists, it is also the perfect environment for investing in the development of new technologies, content and experiences. In this context, the number of VC backed startups that related themselves to the metaverse has significantly increased worldwide in 2021 and such startups have mainly received investment from pre-seed, seed, and Series A funding rounds. This worldwide trend is notable in Latin America, especially Brazil: in November 2020, the Brazilian VC firm Canary, focused in early stage investments, was the leading investor of a funding round in the Brazilian startup R2U, which advertises itself as the only augmented reality company focused on retail, having developed a tool for creating 3D objects for decoration projects and which has already reached big retailers including Leroy Merlin, Mobly and Electrolux. In December 2021, Vitreo, a Brazilian investment funds manager, launched Vitreo Metaverso, a fund whose portfolio is composed only by shares of metaverse-related companies.

Likewise, the corporate venturing initiatives focused on the metaverse have also increased, since the corporations consider startups investment as a faster way to help the migration to this new world. Following the corporate venturing trend of investment in metaverse-related companies, in December 2020, Anima Educação, one of Brazil’s largest private higher education organizations, acquired MedRoom, a Brazilian edtech that uses virtual reality to enhance medical education. Medroom has created a digital universe specific for medicine classes, with the software being used by renowned education institutions, such as Faculdade Albert Einstein and Pontifícia Universidade Católica (PUC).

Some, however, remain skeptical about the idea, as most of the technologies that are necessary to create the envisaged immersive experience do not fully exist yet, which adds a bit of uncertainty to the equation. In addition, the success of the metaverse is closely connected to the level of user engagement, and there are still doubts on whether virtual experiences could start playing a role in our lives as important as our physical realities.

There is more to see in the coming years. Nonetheless, the market’s excitement and the growing interest in investing in the metaverse are a good signal that the metaverse may be indeed “the next frontier in connecting people” and a point of no return, as envisioned by Zuckerberg.