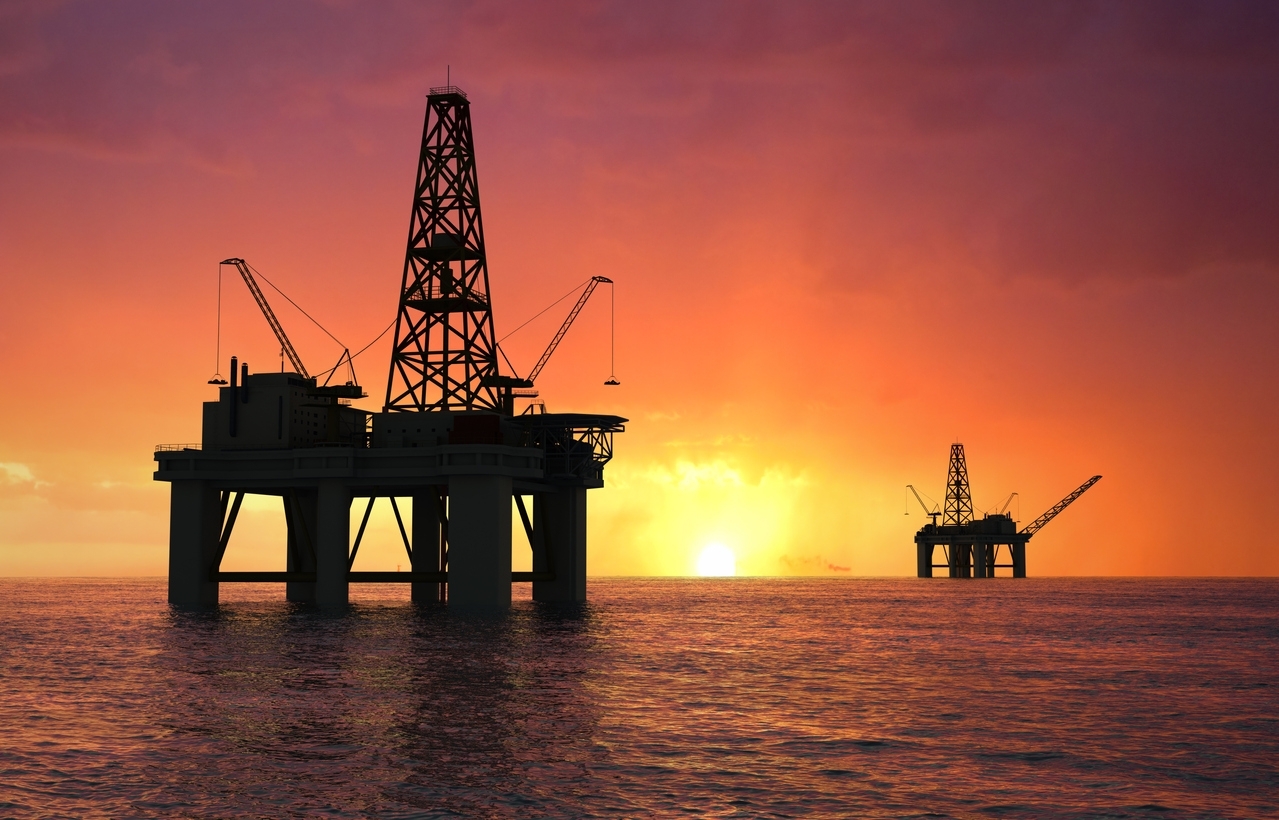 “The secret to happiness is having low expectations” — Barry Schwartz, psychologist

Many forecasters expect international oil prices to rise in 2021 — not a hard call considering the sheer drop the market experienced this year. In April, benchmark WTI crude crashed to a negative price for the first time in history as demand dried up in the COVID-19 pandemic.

The US Energy Information Administration (EIA) projects that Brent crude, the benchmark for most Latin American exporters, will average USD 49 per barrel in 2021, up from USD 43 a barrel in 4Q20. The average Brent price in 2020 was USD 41.4 per barrel. The agency forecasts the West Texas Intermediate (WTI) price will rise to USD 45.8 per barrel in 2021 from USD 38.96 this year. The EIA expects that inventory levels will remain high but decline over the year as global demand increases.

Legacy oil producers around the region, including giants like Petrobras of Brazil and Ecopetrol in Colombia, became defensive as prices collapsed in 2020, slashing capex, focusing on low-cost production, and accelerating divestment plans. That will be an opportunity for the rise of private investors. The big exception was Pemex, in Mexico, where the national government pushed unsuccessfully for a rebirth of the company.

Petrobras, the state-owned oil producer, is expected to emerge from the pandemic well-positioned in the international market thanks to its strategy of focusing on high-quality offshore oil, said David Meiler, a lawyer specialized in the oil sector from Campos Mello Advogados. Petrobras cut its investment plan for the 2021-2025 period to USD 55bn, with a focus on exploration and production, mainly in the pre-salt fields. Over the same timeframe, the oil producer plans to accelerate its divestment program, selling up to USD 35bn in assets, including eight refineries, a stake in petrochemical producer Braskem, the fuel distributor BR Distribuidora and the natural gas holding company Gaspetro.

The divestment list also includes 209 fields that are either onshore or in shallow waters. The company’s strategy of focusing on offshore oil and divesting mature fields is ushering in a new oil market in Brazil, with smaller companies from the private sector buying up the mature fields, which require lower investments, Meiler said. Among the companies galvanized by the new opportunities are Eneva, PetroRio, and 3R Petroleum, a startup darling of Brazilian investors that launched an IPO last November.

Domestic gas production is also expected to get a boost next year after the approval of a new legal framework by Congress that will end Petrobras’s monopoly in order to attract private-sector investors. On 10 December, the bill was approved by the Senate but returned to the lower chamber after senators amended it. Industry has high hopes the price of natural gas will drop once new investors get authorization to build pipelines and transport the commodity. Energy groups such as Shell are in line to invest but interest is broad enough to include others, such as steelmaker CSN.

A recurring theme in Mexico’s energy sector this year was the government’s push to increase the monopolistic powers of Pemex. Expect more the same in 2021, perhaps with an ever more aggressive edge.

President Andres Manuel Lopez Obrador, better known as AMLO, started instructing the Energy Ministry (Sener) and energy regulators last June to openly favor the company without changing the law. AMLO has promised not to modify the constitution in his first three years in office, although he has been the most vocal critic of the Energy Reform since it was enacted in 2013. Government agencies have tried to please their boss. But regulators are supposed to be an impartial arbiter between the government and industry as a way to protect consumers.

What this nationalistic drive has brought is stagnation in Mexico’s oil and fuel market, as private-sector companies struggle to keep their projects alive. The upstream sector is paralyzed as the government has shown no intention to resume either oil-and-gas auctions or the farmouts with Pemex. Also, the companies already drilling in the country have started facing discrimination from the National Hydrocarbons Commission (CNH), which has passed resolutions in favor of Pemex. Their main defender there, Commissioner Sergio Pimentel, just ended his term, leaving a vacancy that might be filled by someone closer to AMLO’s administration, said consultancy IPD Latin America in a report released this month.

In the fuel market, AMLO’s energy team has gone much further to support Pemex. Sener and the Regulatory Energy Commission (CRE) have put the brakes on permits for new gas stations and permits to store and transport fuel as well as passing other measures to buoy up the state-owned company at the expense of the private sector. Regulators say all this has been within the boundaries of the law; critics disagree. Most recently, Sener tightened the rules to import and export oil, gas, and fuels, a move that hurts Pemex’s rivals as the Mexican antitrust watchdog, Cofece, pointed out.

This year showed that AMLO is determined to revive Pemex’s old ways to bring control of the energy market back to the state. He’s already promised that if this doesn’t succeed within the confines of the constitution, 2021 could bring changes to dismantle the 2013 Energy Reform. Midterm elections are scheduled for June. AMLO’s party Morena has a good chance of maintaining control of both houses of Congress. That would only embolden him. But shoring up Pemex comes at a price.

“Recovering Energy Sovereignty,” the oil company’s official slogan, is already costing the government around the equivalent of 1% of Mexico GDP. It will need to pony up roughly the same next year, just to keep Pemex afloat.

Colombian oil producers, led by Ecopetrol, are planning to revive capex in 2021, just as they were planning to do in 2020 — before the COVID crisis changed everything. The cheap peso could attract investment and the lack of demand for drilling rigs will let oil companies drive a harder bargain with their contractors, said John Padilla, the Colombia-based director of consultancy IPD Latin America. But with the virus still not under control, everyone is taking it week by week, if not day by day, he said.

Geopark, the issuer that operates the Llanos 34 block in Colombia along with projects in Chile, Ecuador, Argentina, and Brazil, designed its capex plan based on Brent at USD 40–USD 45 a barrel. It plans to spend USD 100m–USD 120m while drilling five or six exploration wells. Almost all the money is dedicated to Colombia. After planning to spend as much as USD 23m in Chile, Argentina, Brazil, and Peru in 2020, the company is now planning to spend no more than USD 2m in those countries in 2021.

Frontera Energy has refocused on low-cost production this year, which analysts said was probably better for the company’s long-term health. Neither it nor Gran Tierra Energy has announced investment plans.

One big-picture issue to watch in Colombia in 2021 is whether companies and leaders keep pursuing the dreams of hydraulic fracking. That would revive the country’s shrinking hydrocarbon resources and Padilla says higher production volumes would cut costs for everyone. But it will require billions in investment — money that oil companies may not want to invest in a country with potentially volatile politics and growing interest in getting away from fossil fuels.

In Argentina, much of the focus will remain on Vaca Muerta. The massive hydrocarbon reserve in the province of Neuquen needs prices, pipes, drills, and predictability, but it has two things for sure: oil and gas.

The administration aims to get back to a sort of “normalcy” after three years of severe destabilization caused by major rule changes in the last two years of the Mauricio Macri administration as well as by an economic recession and the pandemic-induced collapse of prices.

Sources in the industry agree that breakeven prices of around USD 30 per barrel for oil and USD 2 MBTU for natural gas can work to expand the activity and they are not far from the present conditions. As a first step, some of the main companies in Vaca Muerta — YPF, Pampa Energia, Tecpetrol, Pan American Energy, Capex — have joined the government’s new gas plan of subsidies that will guarantee between USD 3.50 and USD 3.70 MBTU for the next four years in order to return to the production levels of 1Q19. The firms are already resuming projects that had remained halted for almost two years.