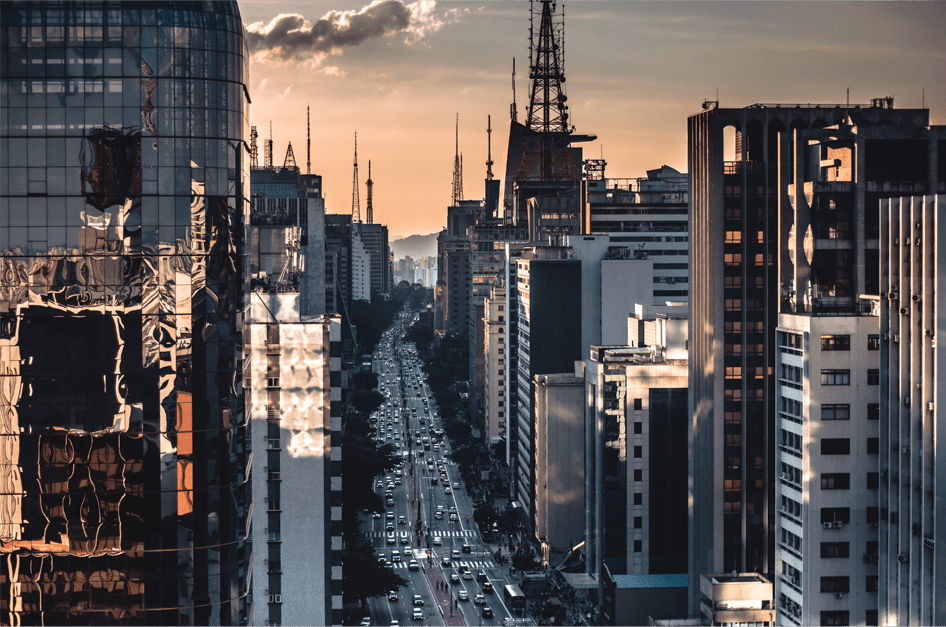 After the first year of the Pandemic, the real estate industry in Brazil is still absorbing and reflecting the impacts and changes caused by COVID-19 and is adapting to the new realities that may arise for all segments of this market.

The expectation of several market players is that 2021 will be a year of business growth, demonstrating the great adaptability of the real estate market.

Thus, the vision indicated by agents of the real estate market when analysing the projections of the sector demonstrates an expectation that economic growth in 2021 will tend to be greater than in the previous year, especially if the Federal Government adopts and manages to implement certain legislative measures with the National Congress that could lead to an economic recovery. Such a recovery would be very welcome after the recessionary period of 2020 caused by the impacts of the pandemic, leading in addition to growth in the construction segment, which generates a significant number of jobs in the country.

Among the aforementioned measures that would help maintain the up-turn, which may be implemented by the Federal Government, depending on the approval of the National Congress, are (i) the approval of administrative reform for civil servants; and (ii) tax reform, which would lead to greater rationality in the system of taxes levied in Brazil. In short, it is possible to state that these reforms seek better productivity, the reduction of unnecessary costs, greater rationality and the organisation of taxes collected by the public authorities.

The desired growth of the real estate sector is particularly important, because Brazil currently has a housing deficit of about eight million dwellings. This deficit, however, is expected to grow, reaching a total of 12 million dwellings by the year 2030.

The great positive factor that has been making the expansion of the Brazilian real estate market possible has been, and continues to be, the constant reduction by the Federal Governments of the national interest rate index, the so-called “SELIC rate”, which is currently at its lowest historical value, of 2% per year. This movement has largely caused the reallocation of investments from financial assets to real estate assets, especially residential real estate.

Thus, a significant growth of 30% in the launching of residential real estate projects can be observed in the City of São Paulo. Likewise, real estate financing also grew substantially in relation to the previous period of time, indicating that the reduction in interest rates has provided access to financing to a large number of people.

Besides these aspects, the recent and drastic reduction of the Sistema Especial de Liquidação e Custodia (Special System of Clearance and Custody – SELIC) has also benefited investment in real estate and stimulated the allocation of resources to real estate investment funds, which also attract investors due to the existing tax benefits, contributing to the economic and real estate market improvement.

Therefore, real estate credit is once again becoming more attractive, as banks are offering lower annual interest rates, promoting the financing and acquisition of real estate at a lower cost.

Another positive news regarding the Brazilian economy is the great success in the strict control of inflation, which has continuously been even lower than the annual target set by economic policy.

Acquisition of Farmland by Foreign Capital

The national congress initiated a Process of Bill, which proposes, in short, the removal of restrictions and impediments for Brazilian companies controlled by foreign capital to make investments in farmlands through acquisition or lease, except for in the Legal Amazon, coastal and border areas, thus also respecting national security. The Bill would still maintain the restrictions on all foreign individuals or legal entities, and restrictions in the case of acquisition or lease by certain entities such as non-government organisations (NGOs), foundations, sovereign funds, entities and companies controlled at any level by states, which will need to request prior authorisation from the National Security Council.

If approved, the Bill will make an important change, which will certainly contribute to the desired rise in investment in the Brazilian economy and agribusiness.

Additionally, this Bill would lead to other important changes that would also contribute to unlocking important investments. The most prominent change is the expected regulation of the possible occupation and use of rural areas by foreign investors in the energy and energy distribution sectors, since the current scenario prevents such companies from acquiring real rights and possession for permission, concession and authorisation to support the generation, transmission and distribution of electrical power.

Another important proposal to promote Agribusiness further could be another bill currently in progress in the National Congress that would create the Investment Funds in Agro-Industrial Productive Chains (FIAGRO), which, if approved, will allow investments aiming at Agribusiness revenues.

These funds will be directed to investments in the agribusiness productive chains, namely:

•    holdings in companies that explore activities that are part of the agro-industrial productive chain;

•    quotas of investment funds that invest more than 50% of their assets in the aforementioned assets.

The FIAGRO would also allow the lease or sale of the rural properties that the funds buy, and if the lessee does not pay the amounts due, a legal action may be filed to vacate the premises.

If approved, the FIAGRO will enable a new type of financing for farmers and rural producers which does not require them to resort to financing from public resources or banks, encouraging the development of agribusiness based on private resources.

As stated in the Legislative Report produced in the National Congress, the FIAGRO could enable investors, national or foreign, to direct their resources to the agricultural sector, for the acquisition of rural real estate properties or indirectly for investment in financial assets linked to agribusiness. Furthermore, in the case of non-resident investors, the Agribusiness Investment Fund model will allow foreign resources to be indirectly allocated to rural real estate.

Rural Land as a Guarantee for Foreign Institutions

Sale of Real Properties Owned by the Brazilian Government

Another important modification in Brazilian real estate market was the issuance of Law No 14.011, which creates new opportunities for the federal government to start the processes of selling several properties under its ownership, fostering new business and revenues.

This new law seeks to simplify and update the procedures for selling real estate that has not been given a destination or use, bearing in mind that the Federal Government is one of the largest real estate owners in Brazil. Nonetheless, the new law brings in mechanisms to accelerate and reduce the bureaucratic steps that hindered and ultimately prevented a better destination for such areas in several regions of the country.

One of the main innovations is precisely the possibility for interested parties and individuals to send direct proposals of acquisition to the Federal Administration, which will have a deadline by which to evaluate the proposal received and respond to it. From that point on, the Federal Administration would provide the electronic auctions to facilitate the sale of that real estate.

In addition, the disposal of several properties currently without any use, which only generate expense for taxpayers, will also naturally support the reduction of the Brazilian public deficit and boost the local real estate market.

Trends for the Next Few Months

In recent months, Brazil has been indicating signs of economic recovery and growth in civil construction and the residential real estate development market, which could play a protagonist role in new economic expansion and contribute to the growth of gross domestic product.

The revitalisation of the real estate market also enables real estate developers to create and develop new products aimed at meeting the new ways of living and residing resulting from the impact of the pandemic, due to the growing demand for houses in the countryside and in the suburbs, as people decide to leave the big cities in the pursuit of bigger and more comfortable houses instead of apartments located in major urban centres.

This demand has led to an enormous increase in the launching of lots in the countryside and of houses in the smaller cities around major centres such as São Paulo and Curitiba. Even so, the expectation is that there will be a return to the big cities once the pandemic is over, given the many advantages also found in the big cities, such as possibilities for entertainment, gastronomy, and culture.

In this respect, the sharing of spaces would also be attractive again in the post-pandemic future, renewing the search for studios with a small private area but with several possibilities of shared use in common areas, such as laundries, cafés, rooftops, home theatres and meeting rooms, among others, which make up a large part of new developments in big urban centres. Such a return will also be reinforced by low interest rates and by the easier access to credit.

Other sectors and segments of the local real estate market are expected to perform well in the next months, such as the following.

•    The corporate building market, the importance of which may be reinforced with the passing of time, since corporate offices help to increase employee productivity and enable the diffusion of company culture, a factor hindered by exclusively online communication, also helping in workforce retention. Certainly, the return to the corporate floors will bring a greater attention to the environment’s hygiene issues, as well as the need for layout readjustment, to establish a greater distance between employees, thus increasing the distance between people in Brazil, which used to be an average of seven square metres.

•    The development of logistics centres and self-storage buildings has also grown, due to the significant increase in online purchases by consumers.

•    Given the drastic reduction in interest rates paid by the federal government, there has been a continuous growth in demand for investment in real estate investment funds, leading also to growth in the number of investors holding shares.

Further to the aforementioned positive fundamentals of the Brazilian economy and real estate sector, low inflation and a greater supply of credit under lower interest rates continue to lead to positive expectations regarding the Brazilian real estate market, which may grow significantly in 2021.

The search for new business in the real estate sector has been maintained, with good opportunities for local and foreign investors, given the fact that the local currency has depreciated in comparison to other strong currencies, making foreign investment even more attractive in the next booming period for the real estate market.