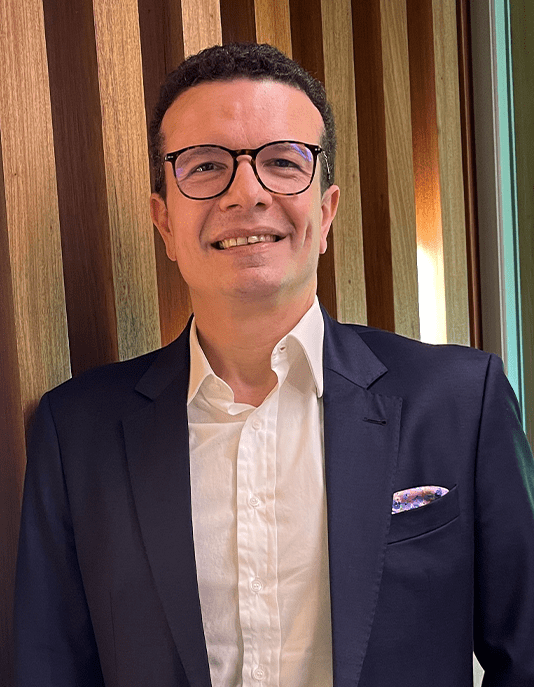 Alexandre Calmon is a partner of Campos Mello Advogados in cooperation with DLA Piper and co-head of the Energy and Natural Resources sector, based in Rio de Janeiro.

Alexandre is a renowned lawyer with over 20 years of career in the energy and mining industries. He focuses his practice on regulatory and transactional matters involving large operations for clients in the natural resources industries. In addition to his regulatory, contractual and commercial practice in general, Alexandre has significant experience in regulatory matters and M&A and, over the past 20 years; he has advised clients in the Oil & Gas and natural resources industries for some of the largest operations in the segment in Brazil. Alexandre has extensive experience in Oil and Gas concession contracts, both for onshore and offshore environments, production sharing contracts, JOAs, farm-in and farm-out operations, JBAs, commercialization contracts, as well as in Oil projects and Gas related to midstream (including the divestment of Petrobras refineries) natural gas transportation contracts and natural gas purchase and sale contracts. Important operations led by Alexandre include acquisitions of oil and natural gas exploration and production assets worth more than US$10 billion, the regulatory framework for the largest ethanol pipeline in the world and several acquisitions of mining projects of various sizes and types of ore in Brazil and abroad (gold, iron ore, manganese, rare earths, potash and diamonds).

Alexandre is also actively engaged in legal education and corporate training. He has published papers regarding oil and natural gas legal and regulatory frameworks and gives lectures and presentations at different levels for public and private institutions in Brazil and abroad.

Alexandre is also an active participant in groups that provide free legal assistance to minorities and people in a position of vulnerability in Brazil and an enthusiast of initiatives that seek to expand the diversity of the legal services industry in the country.

Extension Course in the US Legal System, The George Washington University

Ranked in Chambers Global and Brazil and Latin Lawyer 250 for more than a decade during his career, in the energy and mining areas, in 2018, he was named by Who’s Who Legal as a star in the field of oil and natural gas in Brazil.

“Extremely courteous and intelligent,” with “vast experience and knowledge of the sector.” A client also commends “his excellent and extensive oil and gas regulatory and contractual knowledge,” adding: “He is always available to attend urgent matters.” – Chambers Global, ed. 2021

“Alexandre has a strategic approach, provides innovative solutions and has great capacity to assist clients with complex issues,” and concludes: “He has great emotional intelligence and knows how to apply it to make sure he achieves the best solutions in complex negotiations.”. – Chambers Brazil, ed.  2021

“The best lawyer in O&G in Brazil today is Alexandre Bittencourt Calmon. His experience and capacity excels due to his sensibility in understanding the client’s needs and anticipating the necessary actions that need to be taken in relation to each circumstance. Because of his solid knowledge in upstream and midstream regulatory provisions, combined with his outstanding understanding of M&A deals, farm-ins/farm-outs, he is the most complete lawyer in O&G law today in Brazil.” – The Legal 500